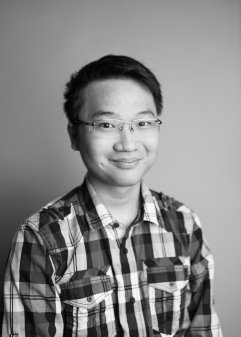 Khoi: Grizzly Bear was a serious drawing. I don’t usually spend so much time on drawing like that one. Most of the time I just sketch animals or trees. It was really frustrating to draw, just having to look at that thing for hours.

LSR: Was fear of bears the reason you spent so much time on this one?

LSR: Yes, we used to see bears back when I grew up. They’re pretty scary.

Khoi: The main reason is, when I was four, there was a guy in a brown-bear suit, and he hugged me. I couldn’t sleep for four days; it was horrible.

LSR: It’s so cool that you were able to transform that fear into such a great piece.